ISSUE: #6493 Query Nodes that only load segments will get stuck when searching

This proposal is about

Stages are connected to each other by Golang's channel. Each stage will run one or more goroutines in the background to excute the query task. The query workflow design is shown in the following figure: 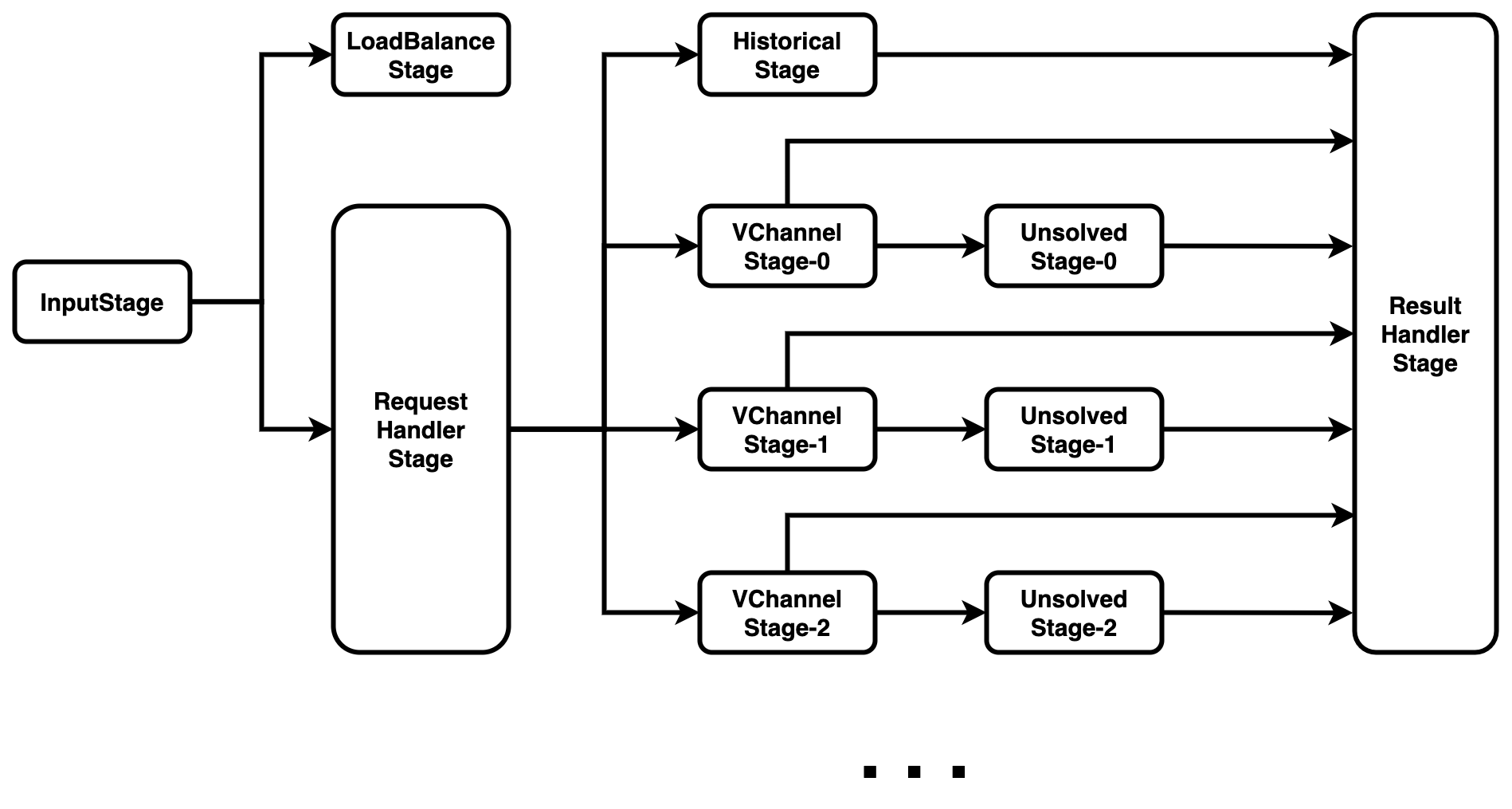 Stages are independent of each other, that is, after the current query task is done, the next query task can be excuted immediately, without taking care of the status of other stages. The details of these stages are as follows: