ISSUE: #597 Why we separate pymilvus and pymilvus-orm

Currently, we have 2 python SDKs for Milvus, PyMilvus and ORM (short for PyMilvus-ORM). Both of them have a unique repository on GitHub and a unique package on PYPI.

This proposal is about

After the tech meeting, we reached a consensus on:

A. Which repository to keep?

Cons: Not see any.

Plan A2: Keep the PyMilvus-ORM repository.

Pros: Not see any.

Cons: Lose all the stars and forks of the PyMilvus repository.

B. Which set of APIs to keep and which package name to keep?

Plan B1: Keep PyMilvus APIs and the ORM APIs

1 More APIs for users to choose from.

3 ORM's APIs depend on PyMilvus's API.

4 No much difference to two repositories, except one package less.

Package Name: In this case, I prefer pymilvus.

1 Reduce the complexity of maintaining the repository.

Package Name: In this case, one of pymilvus-orm. `pymilvus2`, `pymilvus`.

1 We keep ORM APIs, pymilvus-orm is more suitable to the APIs

Cons: All the efforts on ORM are wasted.

C. How to merge 2 repositories?

Three steps for plan A1

During step 1, feel free to make any changes on PyMilvus or PyMilvus-ORM repositories.

Basically, this's what the script will do:

a. Tidy commits in ORM

c. Remove commits that are not in `pymilvus-orm` and `tests` of ORM repo.

d. Commit each valid commit of ORM with `author`, `author_date`, and `commiter_date` into orm/ directory. 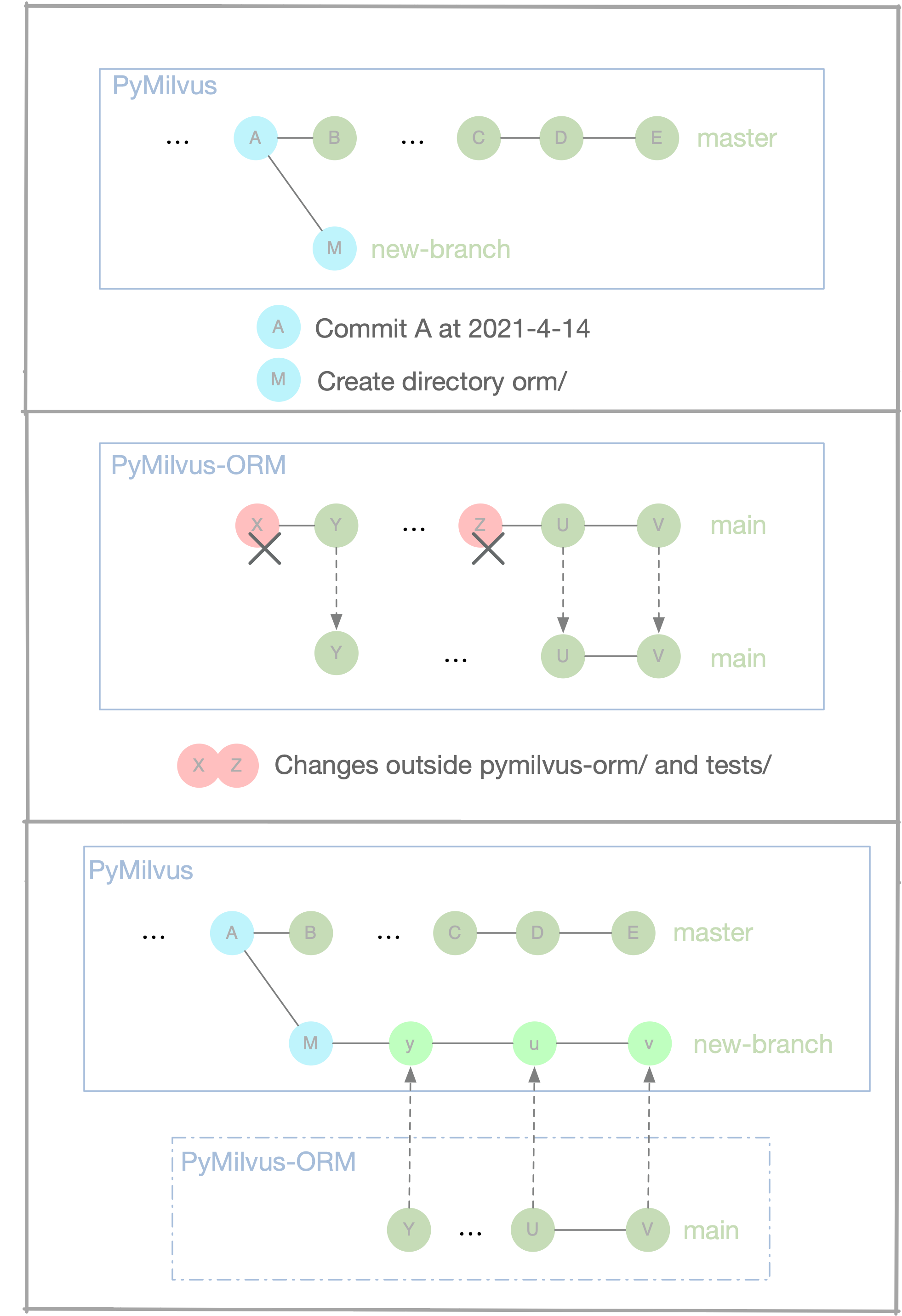 During step 2, no updates are allowed to both PyMilvus and ORM repositories.

After step 2, ORM repository is deprecated. There will be 2 sets of APIs in PyMilvus temporarily. Further updates are determined by the results of topic B.